“Dementia has brought me back to who I was to begin with. I’m more self confident in myself. I feel an intensity in the moment that I didn’t have before.”     Richard Taylor, PhD.

Living the Before and After: From Professor to Unemployed to Author and Speaker

Before he was diagnosed with dementia, Richard was a professor of psychology. At age 62, he was a popular lecturer, witty, well read, with an easy manner and a welcoming charm. But when he was diagnosed with dementia, Richard lost his professional standing, his job, his driver’s license, his confidence, and his optimism. He found himself crying ceaselessly, not really understanding why.

“I didn’t even know anything about dementia,” Richard says. “I had fears about losing control of myself. I thought the transition from one stage to another was abrupt, that a curtain would drop and suddenly I wouldn’t know the world and the world wouldn’t know me.”

To stem these fears, Richard began to write daily, capturing these thoughts and activities: he was, after all, a psychologist and used to analyzing things. Every morning, he read his previous day’s writings.

After he had accumulated a year’s worth of writing, he read some excerpts to the members of his Early Onset support group.

His group identified with his fears and feelings and urged him to take his pages down to the caregiver’s support room and slide them under the door. Richard did.

After both meetings ended, some of the care partners sought out Richard to thank him for sharing his feelings and insights. Months later, someone from Health Professionals Press called and asked if they could publish Richard’s writings. His book was titled Alzheimer’s from the Inside Out.

Turning into an Advocate and Speaker 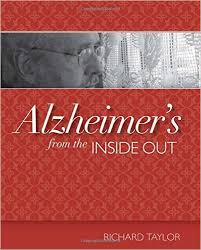 He was invited to read parts of the book.

“My introductions to my readings got longer and longer,” Richard says. “I wanted to share my dementia story, so I talked about my life and what it felt like. I’ve always felt people with dementia are the only true experts on the subject. You can imagine you’re blind, but you can’t imagine you have dementia. Dementia is so individualized as to how each person expresses it. Our brains each have different strategies.”

Soon people were paying Richard to share his insights at conferences and conventions and his speaking career began.

He starts his presentations by saying, “My name is Richard and I am living with the symptoms of dementia.”

Understanding the Loss and Lack of Meaning

Imagine losing your job, your car and your sense of passion and purpose. You feel you’ll never again do the activities you love, make new friends or try new hobbies. Your life is static and boring and you feel out of place and alienated, even in your own home.

Richard believes many with dementia prematurely talk themselves into a wheelchair and into not communicating. They give up. He understands the loneliness and despair that can overtake someone living with dementia.

“Strangers start hugging and kissing you and talk louder to you and never ask for your opinion and are more effusive in their positive emotions with you. After a while, you just go along. So when people say, ‘How are you doing honey?’ I say, ‘I’m doing fine.’”

Richard hopes his personal stories will inspire care partners to look for opportunities to bring more joy, connection, and satisfaction into life. He understands how important it is to feel a sense of purpose. As a debater, a professor, and a raconteur, Richard has always defined himself through his speaking and writing.

“Through my speaking and advocacy, I have reignited my sense of meaning,” Richard says. “People clap when I talk and this reassures me.”

Part of Richard’s purpose is helping care partners see their loved ones as whole and complete. He writes, “Just because my memory sometimes fails me, just because my cognitive abilities seem to slip…please know that in my own heart and mind, I am still me. I am not becoming any less a person simply because I cannot remember like you, talk like you do, or think as you do. I am still Grandpa, and Dad, a friend.”

Richard believes, “Dementia is about living a purposeful and purpose-filled life, not dying from its causes.”

When talking with someone who has dementia, Richard has this advice:

Thanks to Richard Taylor for sharing his wisdom. Richard passed away from cancer on July 25, 2015, but his spirit and his advocacy work will long live on. 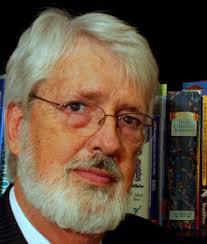 Thanks to Lori La Bey for sharing my article about Richard with her readers.

for more information about Richard, including an interview with Lori.

Lori’s site, blog, and radio program feature inspiring people who are working for and with those living with dementia.