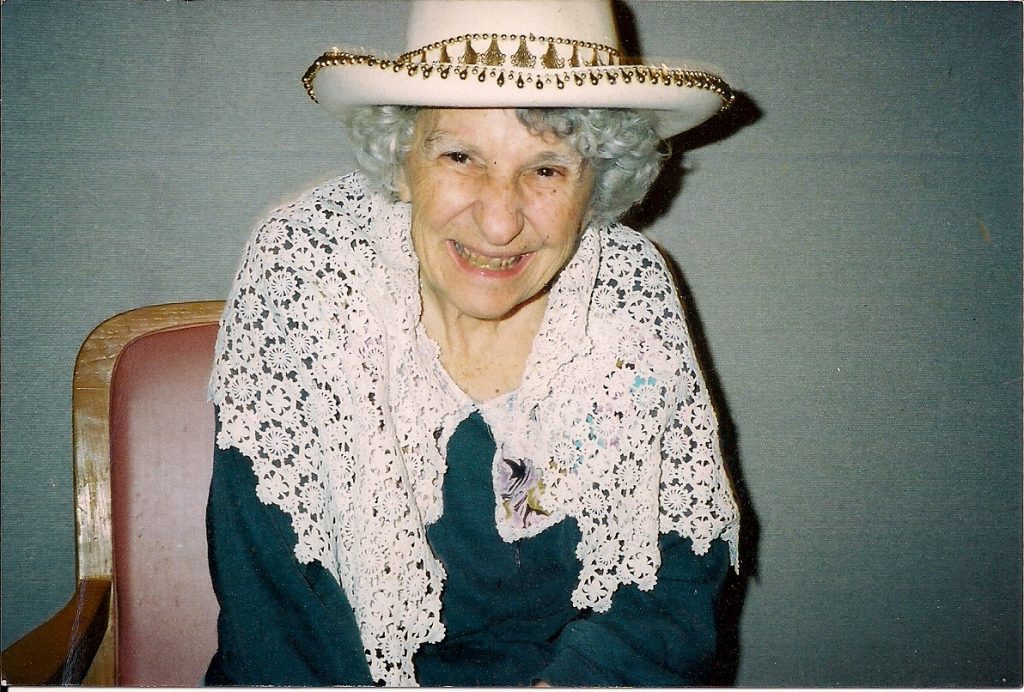 If my mother were still alive, I would be taking her roses and chocolate this Mother’s Day. She would be delighted and her delight would magnify when my daughters and her great-grandchildren arrived. Love is such a beautiful glue, such a simple and strong way to stay connected. I wanted to share this story from Love in the Land of Dementia, as a way of celebrating our mothers.

The Woman She Was 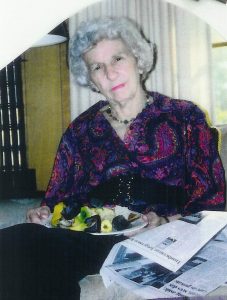 My friend Karen gives me a gift: she says, “Tell me about your mother.”

We are sitting in a quiet mid-afternoon café and I let the question sink into me.

When friends occasionally ask me, “How is your mother doing?” I have different answers, depending on the situation. If we are in one of those conversations that are like confetti in brisk wind, I say, “She’s okay.”

If we are sitting across from each other and my friend is looking right at me, I answer, “She’s pretty deep into Alzheimer’s.”

“No, but she may recognize I am a person she likes,” I answer.

That usually ends that conversation.

But “Tell me about your mother,” is an invitation I don’t usually get.

She stirs her iced mocha. “Whatever you want to tell me,” she says softly. “I would like to know about her life and her interests.”

Since my mother has been in the nursing home with Alzheimer’s, I have seldom talked about the person she used to be. Occasionally my father and I reminisce about family vacations and outings. I sometimes ask Dad questions about our growing up days and the early days of their courtship. But I rarely think about the woman I knew all my life, the mother, grandmother, artist, gardener, compassionate friend, avid reader, bird-watcher, early morning walker, lemon-meringue pie baker. That woman is gone and I have spent a lot of energy learning to know and appreciate the woman who now commandeers her body. 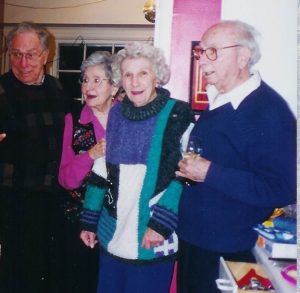 As I consider what I want to tell Karen, I remember visiting my mom’s best friend, Bel, in California when I was a teenager. Bel, who was spunky and adventurous in a way that seemed so different from my conservative mother, drove me from Berkeley to the small resort where I would work as a chambermaid for the summer.

“Do you know how I met your mom?” she asked me, as we drove down the winding roads, past fragrant stands of eucalyptus trees.

“In Iceland, during the World War II,” I said. I had heard stories of the two of them taking a break from their work in the hospital by skiing, then stopping for a soak in a hot springs.

“No, we met earlier in Chicago. We were both nurses working the twelve-hour night shift. The hospital had a room with a couple of bunk beds so we could rest on breaks. One night I walked in there and heard the most heart-breaking sobbing. It was Frances, crying her eyes out. I asked her what was wrong and she said, ‘Nothing.’”

I smiled. That sounded like Mom, never wanting to admit anything was wrong.

“Then I asked her again and she sobbed out that her husband Sam had died six months ago from pneumonia. She was so sad she didn’t know if she could go on. A bunch of other nurses and I were going to Florida for a short vacation and I persuaded your mother to join us. But as it turned out, we never went; a week later I decided to join the Army and I encouraged her to come along. We’ve been best friends ever since.”

When I heard this story at the age of seventeen, I was too young to fathom my mother’s grief and despair. By the time I told Karen the story, I had some sense of what my mother must have gone through.

“Your Mom was really brave, to serve in the Army during wartime,” Karen says.

I feel a little swell of pride. Mom’s tales of traveling in the darkest night on the troop ship, with bombs falling nearby, were so familiar I had never considered her bravery and courage. 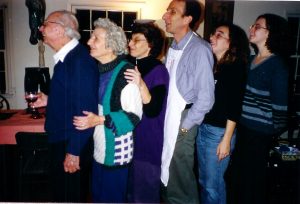 Now I tell Karen how my father, encouraged by Bel’s husband, wrote Mom a letter, telling her he was ready to marry a nice Jewish girl. Was she interested? Was she available?

After some correspondence, Mom surprised herself by agreeing to meet him in Chicago. At the end of the week, my father asked her to marry him. She considered the offer for three weeks and accepted. Their whirlwind romance was fueled by practicality.

“What a great story,” Karen says. “Your mother must be an amazing woman.”

Sparked by Karen’s interest, I let myself feel my love for my mother as she used to be. I am in tears by the time our conversation ends.

“Thank you for asking me about my mother,” I say to Karen.

“Your stories make me want to call my own mom and hear her stories again.”

As I drive home, I think of more “mom” stories to share with my children and my brother. I see myself, along with my brother and father, as the carrier of my mother’s sacred legacy. I imagine myself tenderly fanning the embers, adding dry leaves and crumbled paper, creating a blaze with each memory. I realize I don’t have to give up Mom’s old self: I can be her historian and her scribe, carrying her stories with me, and making sure they live on.