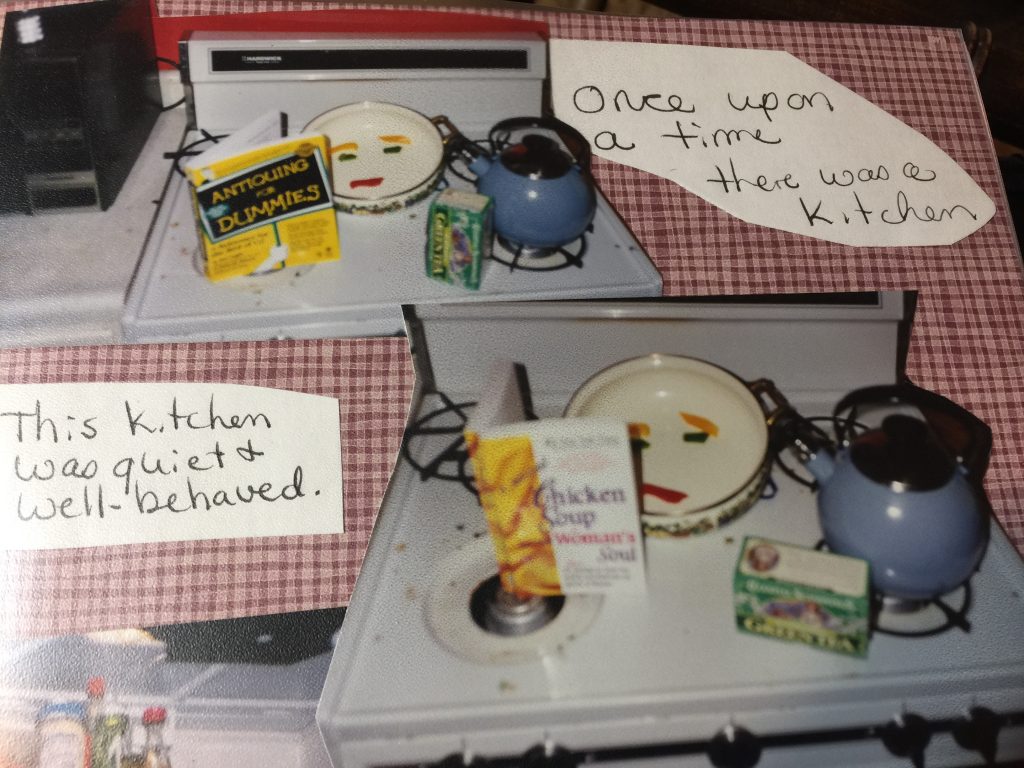 At first, the checklist of “can’t do’s” was daunting. No more playing the cutthroat card game Hearts. No more leisurely Scrabble sessions, with unabridged dictionary and bowl of fancy mixed nuts at the ready. No more hunkering in at the movie theater for a sparkling new release. With my mom’s dementia, so many of our traditional holiday activities simply wouldn’t work. So we had to think creatively and find ways to bring joy to the holidays with dementia friendly family  activities. 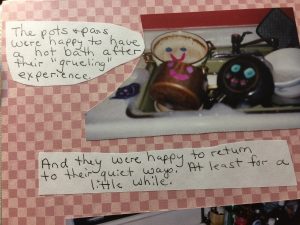 We created a photography/collaging/ scrapbooking project with a Thanksgiving themed story that starred all of us, The Little Kitchen that Could. I wrote up a simple story that featured a world famous chef, my brother, a series of sous chefs, the rest of the family, and my terrified pots and pans. Terrified because after a quiet life of heating up an occasional cup of water for tea, they were being forced into actual cooking. We all pasted faces on the pots and pans, posed for photos, and added ideas to the storyline. Once we developed the pictures, we sat around the dining room table and put the scrapbook together, while listening to my parent’s favorite old 40s melodies, and eating our traditional fancy mixed nuts.

This project gave our gatherings a new focus, helped us adapt treasured traditions and transition to new dementia

Here are some additional ideas to cheer on your family.

Several esteemed experts and organizations helped me create this list of dementia friendly holiday activities. For more information about their, visit:

The team at the  Alzheimer’s Foundation of America 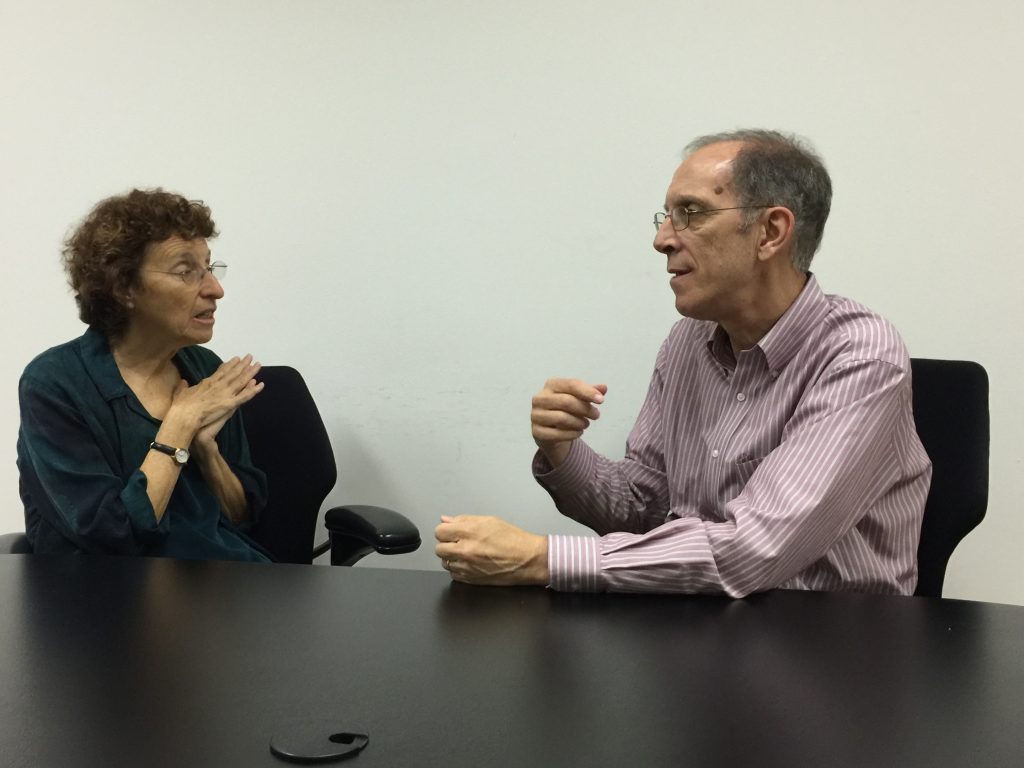 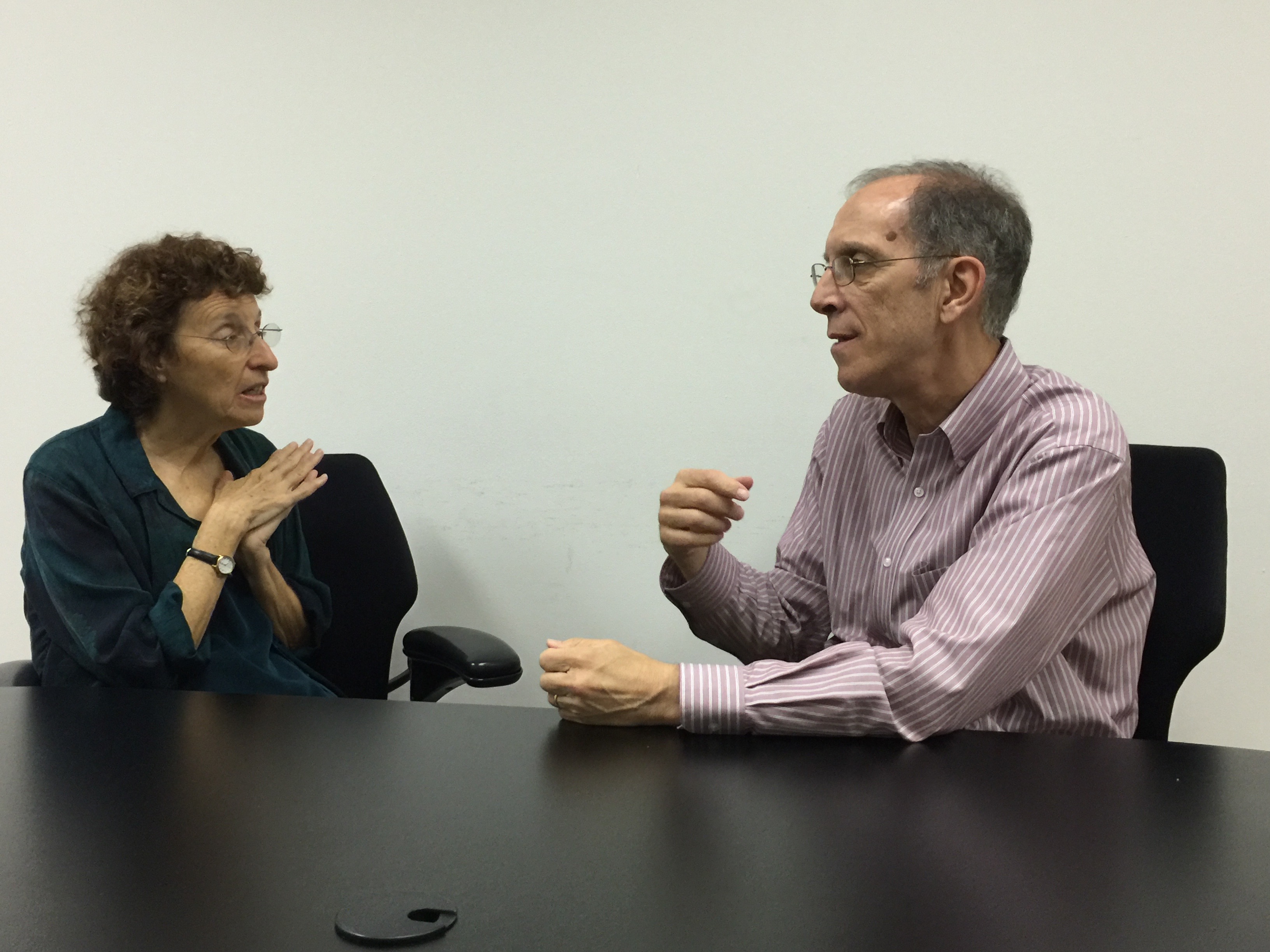 Ron and I were already champions of Dan Cohen’s world-changing Music & Memory program, which is featured in Connecting in the Land of Dementia, but we had never met Dan in person. The moment we learned we were going to New York City, we reached out to Dan and he agreed to meet with us.

Dan is a prime example of one collaborative person making a difference for thousands. Eighteen states have already funded Music & Memory rollouts as a best practice approach for care facilities to improve quality of life for persons with dementia. In Toronto, everyone who is diagnosed with dementia receives a free iPod so they can enjoy personalized music. Dan and his team have trained 5000 dementia care managers, who understand how effective this program is. He is currently collaborating with hospitals, hospice, and prisons, as well as long term care communities.

Here is some of the wisdom he shared with us.

“We all need to create our personal play lists now,” Dan says. “Music makes any healthcare encounter better.  Whether you’re waiting in the doctor’s office, going into the hospital, attending rehab, or moving into a care community, you’ll have a more comfortable experience when you are able to listen to favorite songs.”

Click here to learn more about the Music and Memory program.

Read more about Dan’s programs in Connecting in the Land of Dementia: Creative Activities to Explore Together.  Order your copy from your favorite independent or online bookstore. 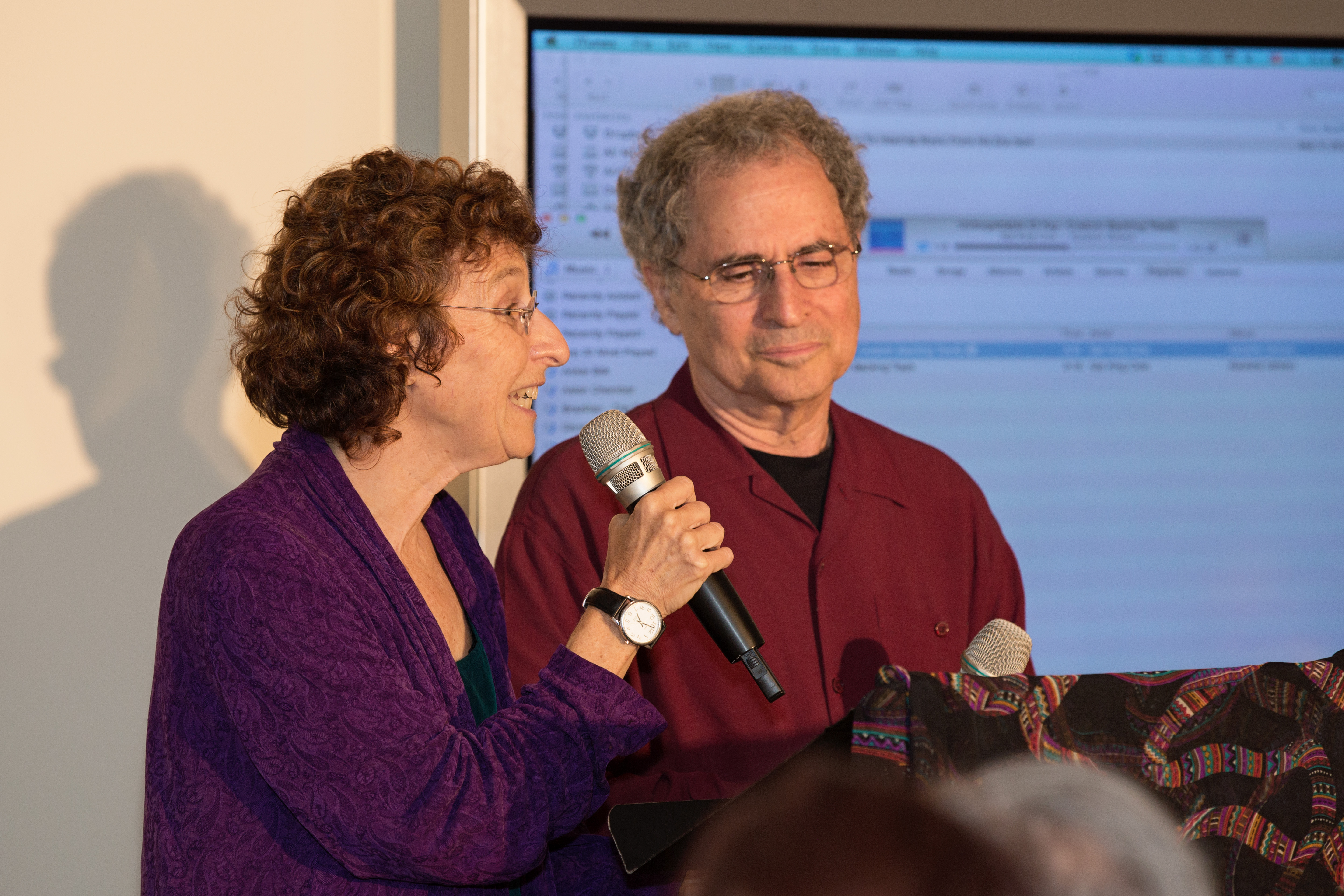 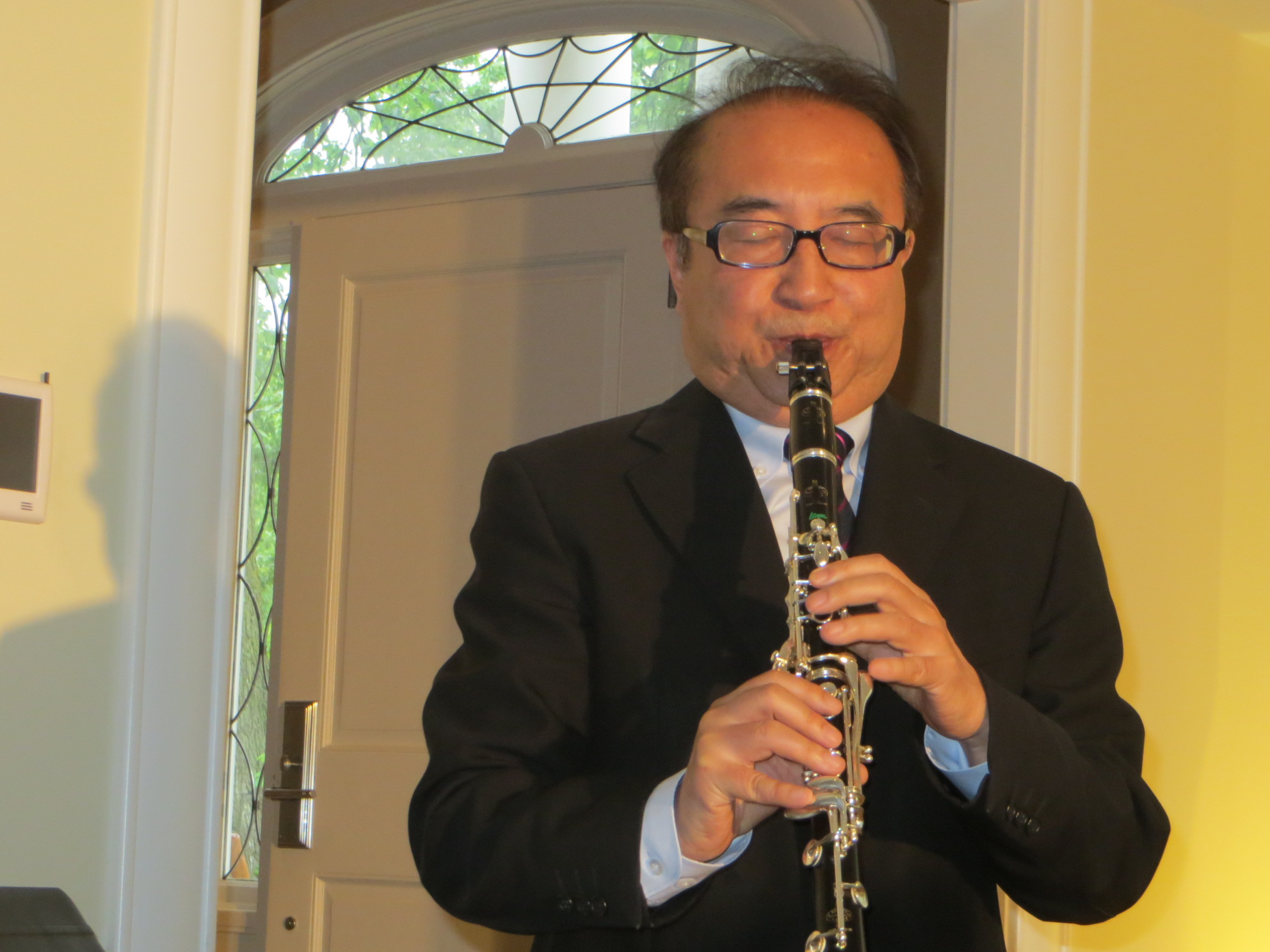 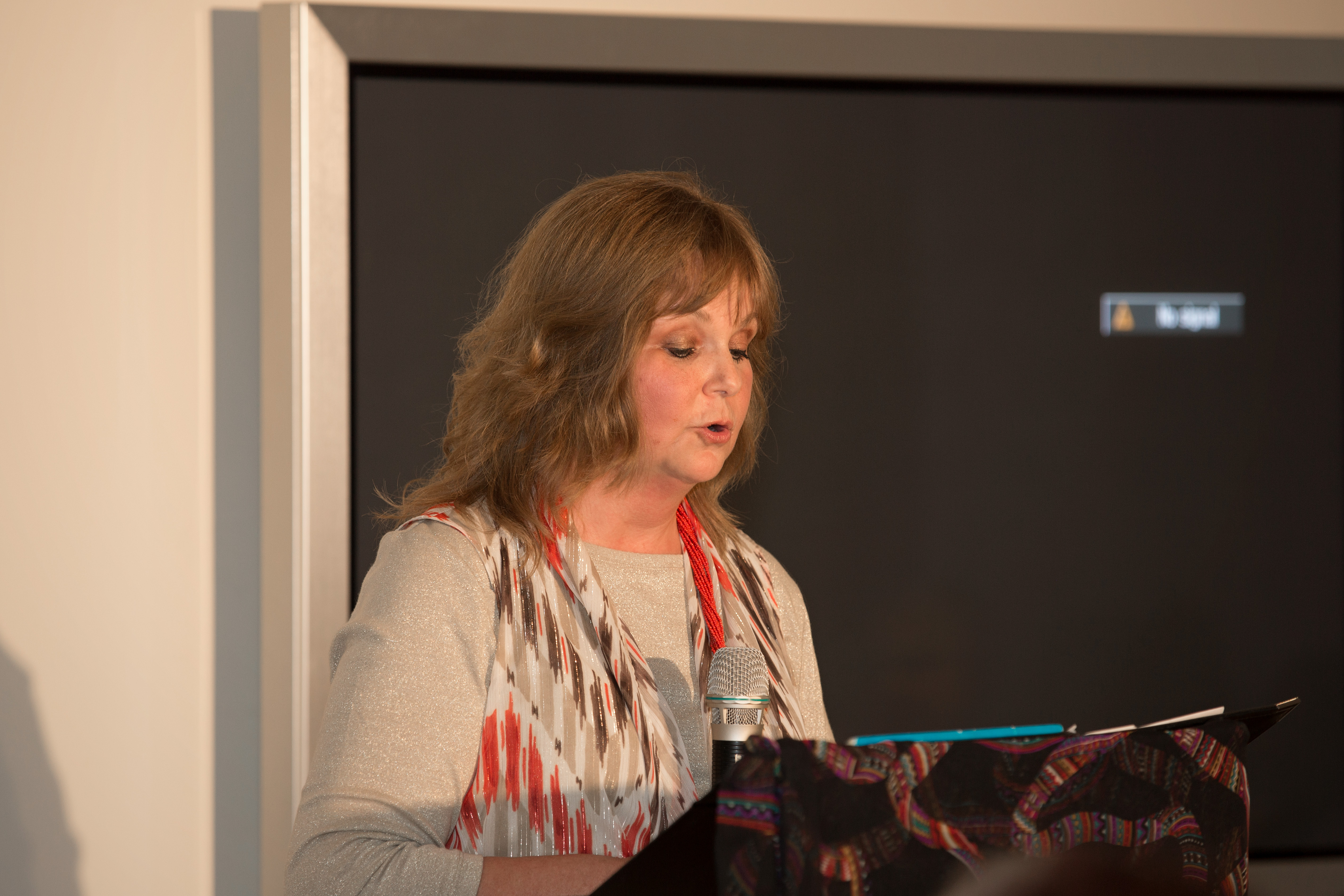