Imagine a global community of people diligently working to make the world a better place for people who are living with dementia. We met a few of the esteemed people who are making a difference on a recent trip to the United Kingdom and to France. Esther Watts has a passion for creating dementia friendly communities that is contagious. Talking to her gave us a lot of ideas and spurred us onward to collaborate on a dementia-friendly movie event in Kansas City. Plus, her workplace is located near the Thames and after our meeting, she took us to see the Queen’s Golden Barge, which was quietly waiting for its next chance to carry Her Majesty.

London is already one of the world’s great cities and Esther Watts is helping to make it, and other cities throughout England, even better. As coordinator of the Alzheimer’s Society’s Dementia Action Alliance (DAA), she orchestrates policies, events, and activities tailored to people living with dementia.

Esther and a team of Dementia Action friends have contacted bus companies, arts organizations, retailers, sports authorities,and hospitals in behalf of those living with dementia.

“Our goal is to keep people going out in their communities, enjoying new experiences and meeting new people,” Esther says. “We want people to feel comfortable and welcomed.” 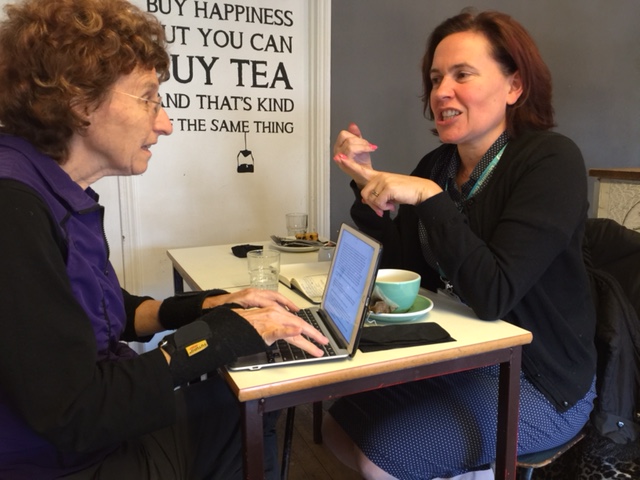 She and her team collaborate with some distinguished clients, including the Victoria and Albert Museum, Kew Gardens, the Royal Academy of Arts, historic Royal palaces, such as Hampton Court, and various sports organizations.

One of her projects was a dementia-friendly cricket match. Esther and her team scored free tickets for fans that are living with dementia and their families. They had plenty of trained Dementia Friends on-hand to welcome these fans and escort them into the stadium. There they showed a special short film on the history of cricket and shared items from the cricket museum. For those who needed respite from the excitement of the match, the stadium offered a designated “Quiet Room.”  When London celebrated Dementia Awareness Week, DAA wrote the Society of London theaters, asking for dementia-friendly playgoing experiences. 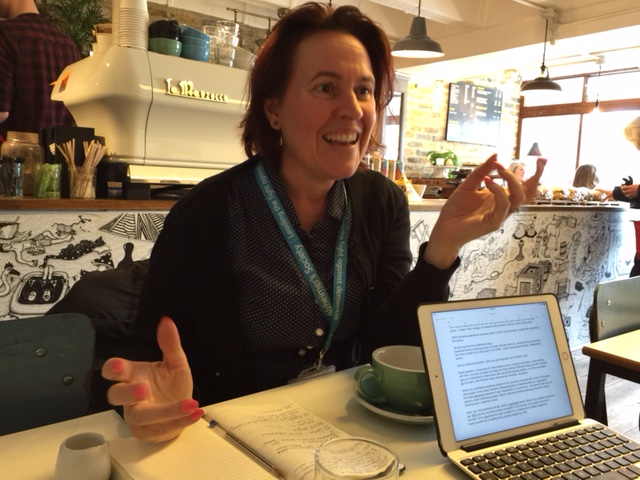 “Dementia Awareness Week gives a community a focus,” Esther says. “DAA is about what we can do together.”

Please share your ideas for action-steps. One of mine is to try to stay in regular touch with friends who are living with dementia.

For more on the international scene, dive into my book, Connecting in the Land of Dementia: Creative Activities to Explore Together.  Pre-order your signed copy.