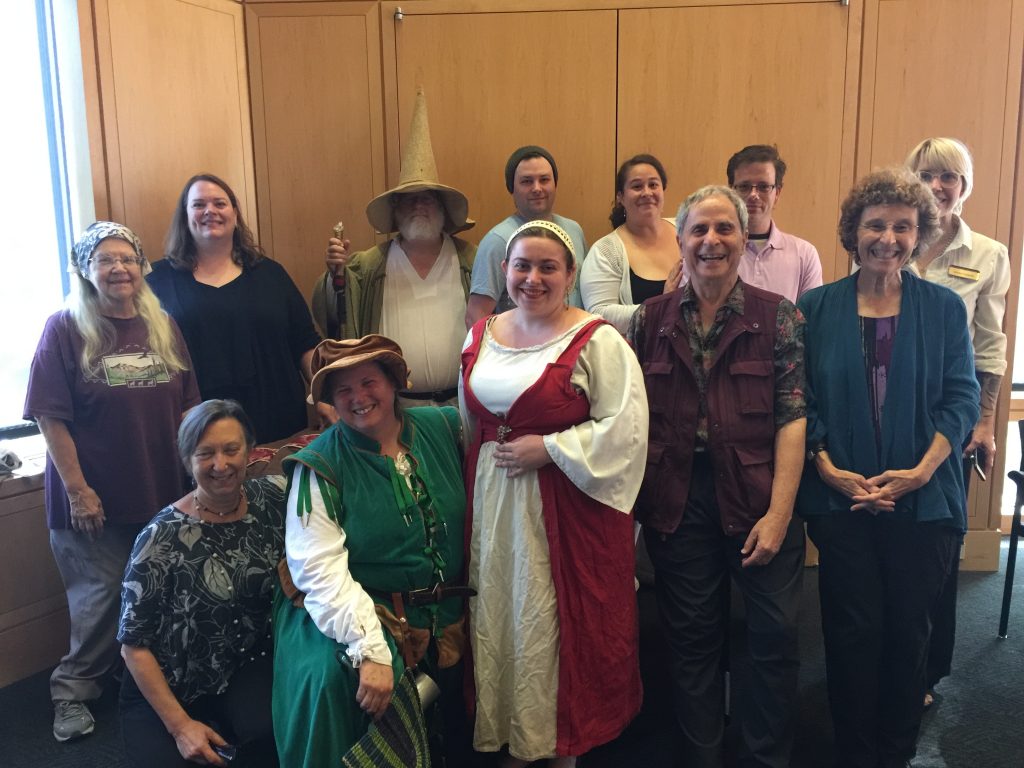 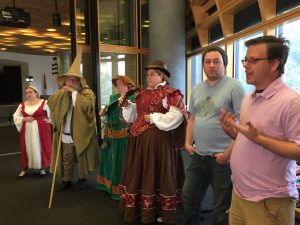 A wizard, a peasant, a royal hat maker, and a royal candy maker walked into the Plaza Library. But they were not here to check out books on their respective trades: they were with several other RenFest stars, eager to present at the KC Memory Cafe.

Mia Moore shared the inside story of getting into her complicated costume as the Renfest character of Molly William, Lady Steward of the Household. First, she slipped on a gauzy white under-blouse with an appealing ruff around the neck. Then, she created a luscious hour-glass shape by putting on a corset. In the olden days, the corsets were made with whale bones. But Mia was ecologically correct and chose industrial cables for hers. A wide brown skirt, made of upholstery materials, was next, followed by a lady’s doublet, with dozens of small fabric covered buttons. Getting all buttoned up took at least ten minutes, and she kept us quite entertained throughout the process. Her final adornment was a jaunty hat. 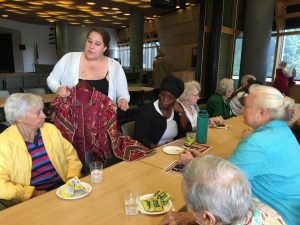 “It wouldn’t be proper to go around with my hair uncovered. Plus, during the Renaissance, people didn’t bathe that often. Their hair might be dirty and lice-ridden, which the hat kindly covered,” she told us.

As each of the performers shared information about their characters, we could feel their passion for history and for this fascinating time period.

The wizard assured us, he would never walk about London with his high pointed burlap hat and his quartz-topped staff; for that, he would have been locked up in a mental hospital. Instead, he would have lived in a rural setting and been considered an alchemist. The peasant told us, “The amount of cloth in a middle class woman’s skirt would be enough for me and my family for a year.”

Cloth was quite valuable and all fabrics were recycled and passed down, mended and amended until they were nothing but scraps. 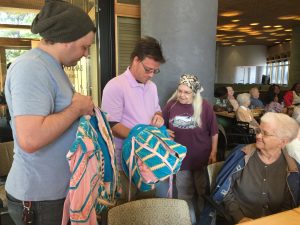 How often does a person have a chance to touch an ostrich feather fan or stroke the soft pink velvet of the royal candy maker’s doublet? Our performers walked about the room, greeting individuals, sharing stories about their characters and clothing, and letting us examine their specially made costumes.

It was a glorious experience, rich with history, energy, and imagination. 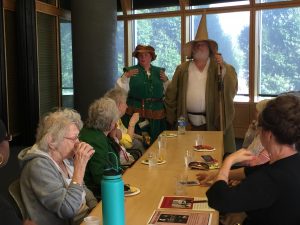