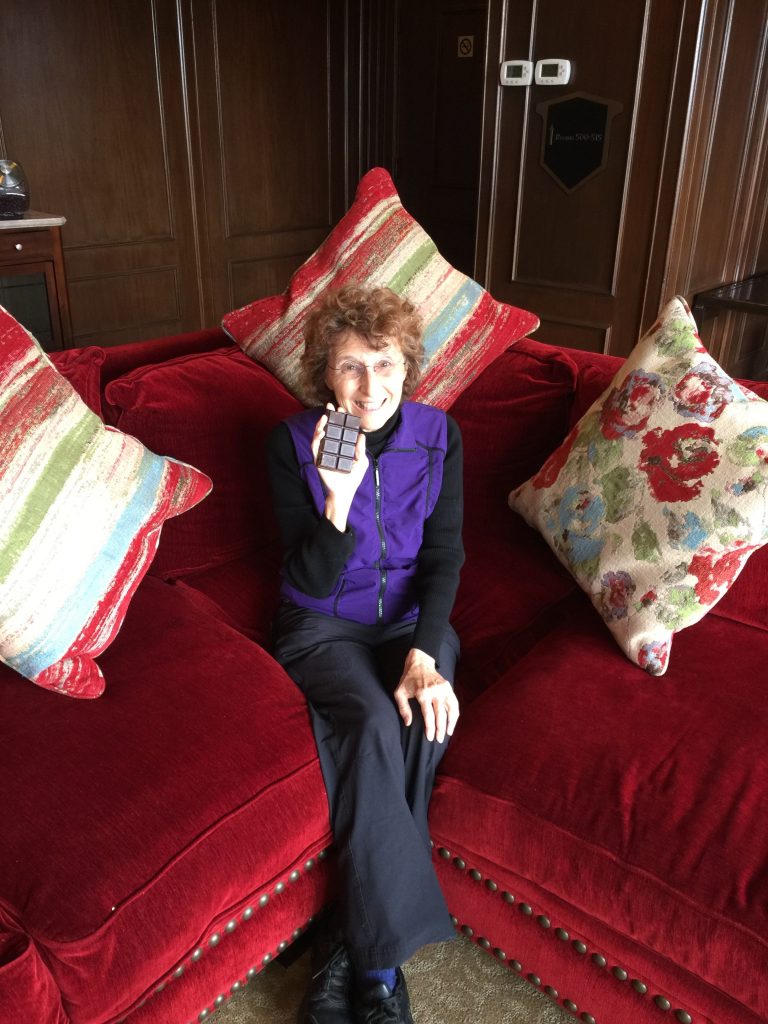 As the daughter of someone who lived with dementia, I do a lot of things to boost my brain health. I try to walk 10,000 steps a day, along with other exercise. I eat blueberries and broccoli. I do super brain yoga squats, try to memorize a few words of Spanish, and think about taking harmonica lessons. I try new things, laugh often, and practice drawing. But a recent study revealed that I was intuitively doing something else that was cheering on my brain, something I hadn’t even counted. It turns out Chocolate Boosts Brain Health!

I recently encountered a fascinating study on the Harvard Health website, and was intrigued when I read this headline: Cocoa: a sweet treat for the brain?

Imagine being in Italy and contributing to scientific research by drinking a luscious dark cocoa drink every day for eight weeks. Then imagine feeling even more lucid, vibrant, and healthy after that experience. That is the essence of the Cocoa, Cognition, and Aging (CoCoA) Study, published in the American Journal of Clinical Nutrition in December 2014, with this flavorful title: Cocoa flavanol consumption improves cognitive function, blood pressure control, and metabolic profile in elderly subjects. (Note: It turns out some of the “elderly” subjects are as young as 61, an age some of us may argue is merely “middle-age.”)

A Chocolate Boost Makes Your Brain Boast
I am also in love with this Maine-Syracuse Longitudinal Study (MSLS), of 968 people that includes these mouth-watering assertions:

“More frequent chocolate consumption was significantly associated with better performance on the Global Composite score, Visual-Spatial Memory and Organization, Working Memory, Scanning and Tracking, Abstract Reasoning, and the Mini-Mental State Examination,” said the research team, which included scientists from the University of Maine.

More Delicious Cocoa-flavored News
And another study from Loma Linda University, states:
“Dark chocolate, which is 70 percent cacao, is a major source of flavonoids –- powerful antioxidant and anti-inflammatory components that are known to be beneficial to cardiovascular health. The California team’s initial studies at Loma Linda University have shown that absorbed cacao flavonoids penetrate and accumulate in regions of the brain associated with learning and memory.”

“We are tremendously excited about what these findings could potentially mean for brain health,” said Lee Berk, DrPH, MPH, who led the team. “This may open the door for potential restorative uses for individuals with memory/recall or dementia and aging-related issues.”

Never Forget To Boost Your Brain
I now have a remedy for those days when I’m too tired to exercise, too busy for a crossword, too cranky for a brain game. Or for when I simply forget. On those days, I’ll simply treat myself to a taste of the dark side. And hope it leads me towards the light.