Normally, you can put my friend Vicki Stoecklin in any city and she will easily get her bearings. From Paris to Dubai to Marrakesh, Vicki is used to working in and making her way around foreign countries.

So, at age 58, when she started getting lost in her own city, she knew something was seriously wrong.

Vicki had been plagued with a series of chronic physical ailments and she figured she’d deal with whatever this new issue was.

But she was caught off when the neurologist said bluntly, “You have dementia.”

“What am I supposed to do?” Vicki said.

Learning to Live with Dementia

Initially, ”living life” was a huge challenge. She had trouble remembering where she’d put things; her feelings were disoriented. She could no longer drive and or do simple math. Her vision played tricks on her: she saw black holes where there were none. And she felt isolated from her community and friends.

But Vicki had a wealth of inner strength and resources. When she told me about her spiritual practices, I was inspired and moved. Here are a few of the ideas she uses to center and care for herself.

“I learned to have compassion for myself,” she says. “If I’m having a hard time concentrating on a book, I stop and do something comforting, instead of pushing myself.” 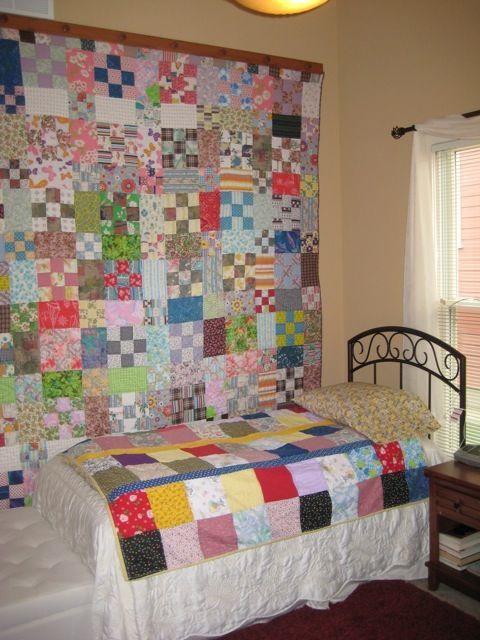 Vicki enjoys contemplating her grandmother’s hand made quilt, which hangs on the wall of Vicki’s meditation room. “She probably had Alzheimer’s when she stitched those squares together,” Vicki says.

Inviting out the Inner Artist

Vicki uses crayons, watercolors, and colored pencils to explore her own artistic process.

“My depth and visual perception is off, so my work is abstract,” she says. “I also find it meditative to color labyrinths and mazes.”

Opening the Heart to Spiritual Texts

Vicki has a number of trusted books she calls upon.

One favorite is Peace in the Storm: Daily Meditations and Prayers for Those Affected with Chronic Illness.

“This book has been a great support to me,” Vicki says. “It’s about finding your relationship with God during the challenges of ongoing illness.” Another book that spoke to Vicki was Proof Of Heaven by Eben Alexander, a neurosurgeon who writes about his near-death experience. She also frequently reads Psalms.

Praying With and For Others

Vicki has a small box that she puts little prayers in for her grandson and her daughter. She has become a chaplain at her church and often prays for others. She also finds comfort in using the 24-hour prayer service at Silent Unity

She has created two memory books — one for her work and one for her life. “These books are also reminders of the many happy memories over my lifetime,” she says.

What are some ways you incorporate spirituality into your life?